The bonnet and durag have been a major staple in the black community for years. Looking good and preserving your hairstyle is essential. The bonnet and durag always seemed to be just bedtime hare care items but they symbolize so much more in black culture.

When a woman puts on her bonnet and a man puts on his durag, they are in their most comfortable state and more importantly they are comfortable with each other. The relationship between the bonnet and durag has become a symbol for "we 'go together' now!". Many couples are even taking it as far as wanting matching bonnets and durags. These his and her hair protection pieces have become  "relationship goals".

Bonnets and durags have expanded way past the beauty supply stores. They are being recognized as luxury hair accessories these days and people are looking for top quality when it comes to their bonnets and durags. Vibrant color silky's and bonnets are talking over the black couple bedroom. Some women are even getting their nails done to match their man's durag. Black love is being expressed in a new creative way. 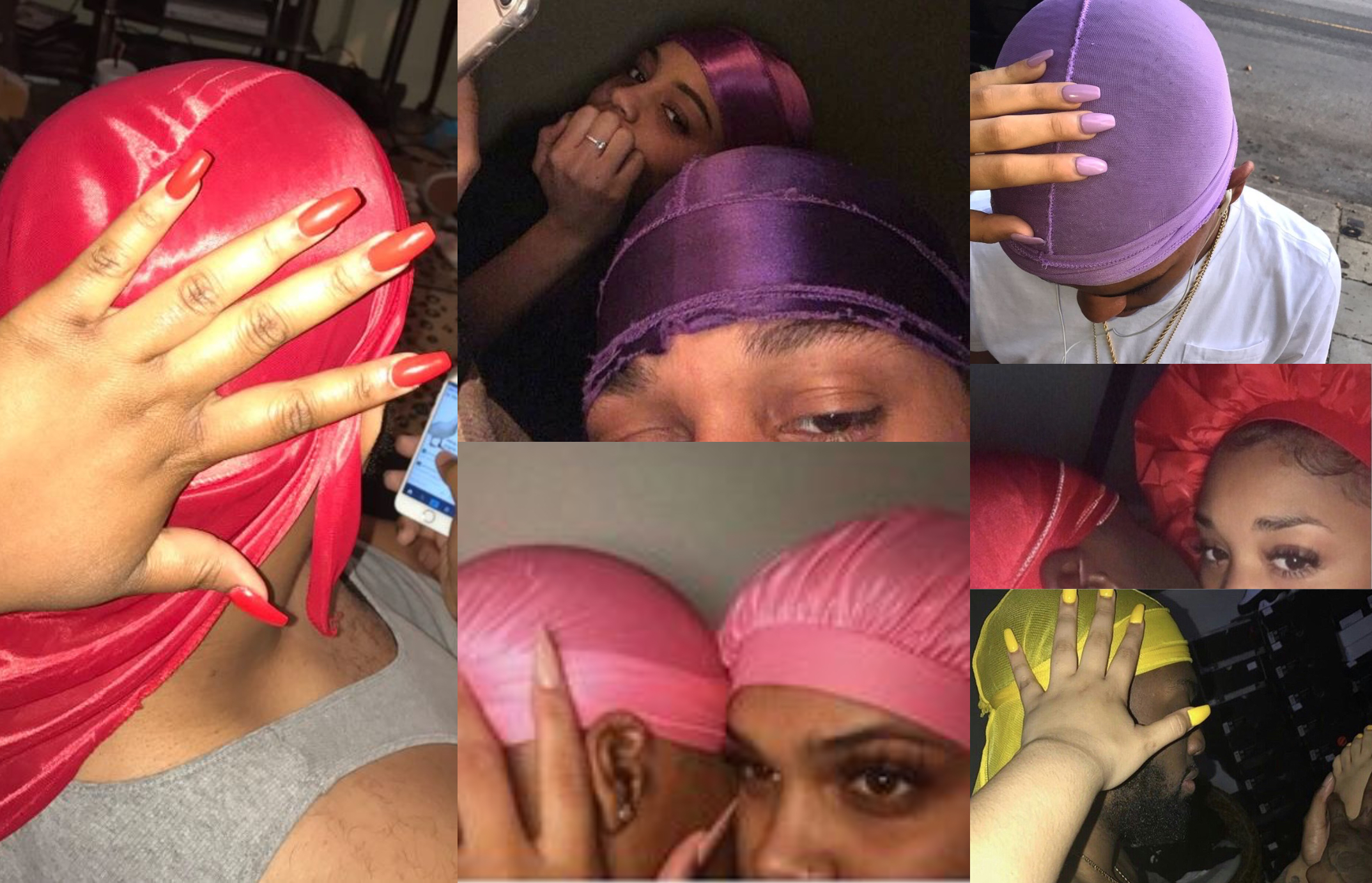 The bonnet has even grown outside of the bedroom. With company's making their own bonnets this new wave of bonnets is more glamorous than you've ever seen. Headwear, in general, has also become more popular for the public. From bad hair days to the bedroom, this new trend of headscarves, bonnets and even turbans are the new it thing and women are loving it.

In 2018, bonnets have even gone mainstream. Reality star, Tami Roman, has a show on the Tidal app called Bonnet Chronicles which is an extention of her hilarious Instagram page where she rants while wearing her designer bonnets. The show follows her character all while she rocks her bonnet.

The bonnet and durag have escaped the bedroom and entered the mainstream world for everyone to accept and love. It is a movement.